Staff member
you might want to read these related threads first
viewtopic.php?f=38&t=898&p=3239&hilit=+first+swap+lemans#p3239 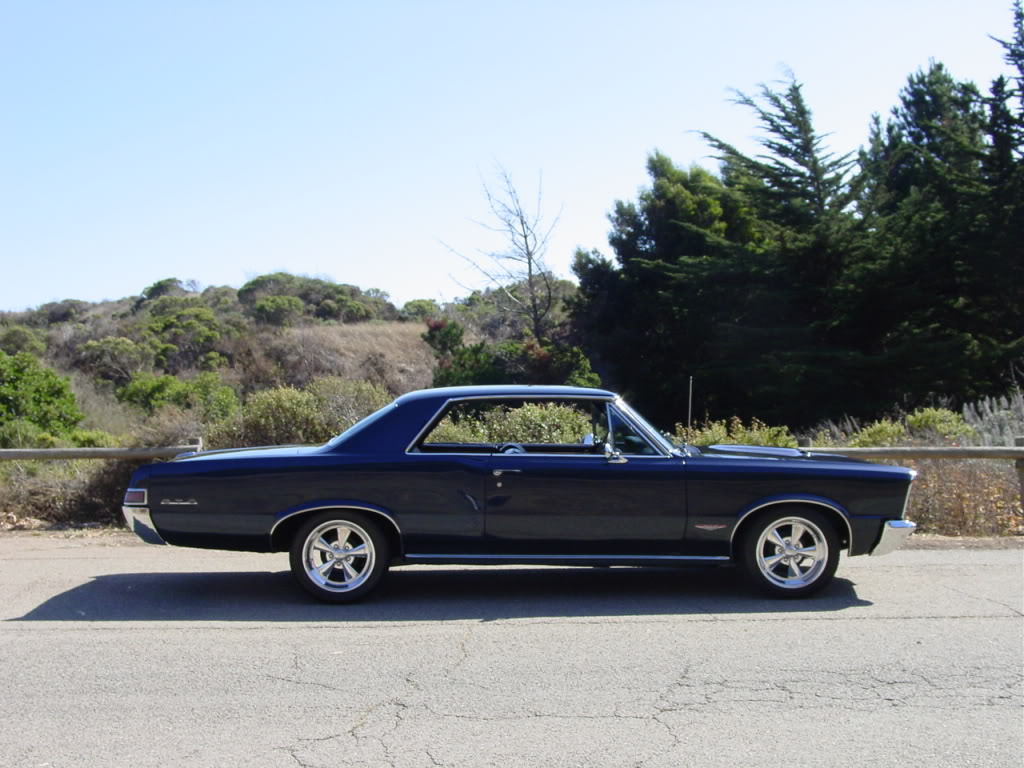 this is not my 1965 le mans picture but it is a virtual identical clone in looks to the car I installed a 496 BBC engine in, and a DANA 60 rear differential.
now the car had all the power that I could afford to buy parts to produce and at the time it was scary fast, especially considering the tires and brakes available at the time and couple that with my lack of driving skills, and lack of sound judgement, in my early 20s and its amazing Im, still alive.
but the point of this thread is that the car lacked a good deal of traction, and its traction was significantly improved with the addition of air shocks that could be individually adjusted , too pre-load and limit spring movement individually,I had the shrader valves located in the trunk up out of the way and you could pre-load either side of the rear suspension with several inches of pre-load with some air, allowing you to modify the way the car launched, especially once I learned to get the air pressure in the tires to maximize the road contact patch.
keep in mind that leaf spring cars have a different suspension lay out than the chevelles/gto/lemans .
I had both air bag spring dampers and air shocks in that car, the brand slips my mind but I think they were monroes


when your twising the frame and body , where the drivers side front tire is well off the pavement well before the pass side follows under higher engine torque loads, like that, 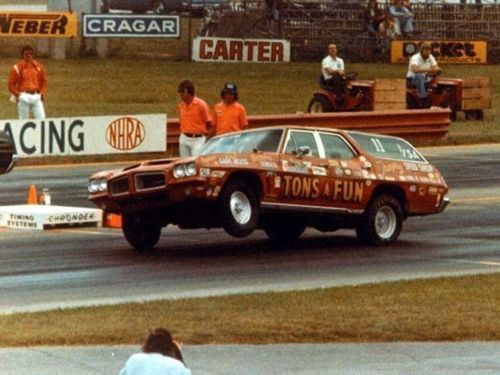 the windshield eventually breaks or the doors jam shut on the pass side usually , and its not long before you start breaking other parts.
a properly set up suspension and properly installed roll cage will usually limit the chassis flex on a more modern race car.
yes it looks impressive but thats a great deal of energy being wasted twisting the car frame thats more efficiently used to propel the car as it launches, if the chassis and roll cage, and suspensions properly set up, that wasted energy can be used to direct the force transfer into the tire pavement contact area. 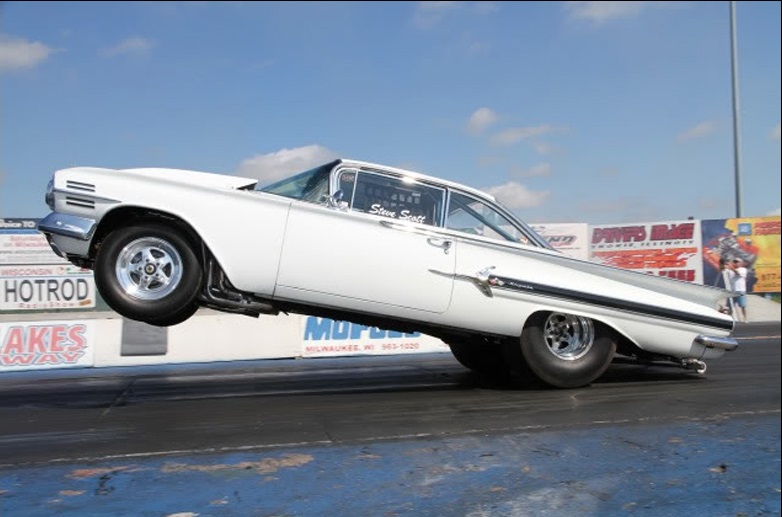 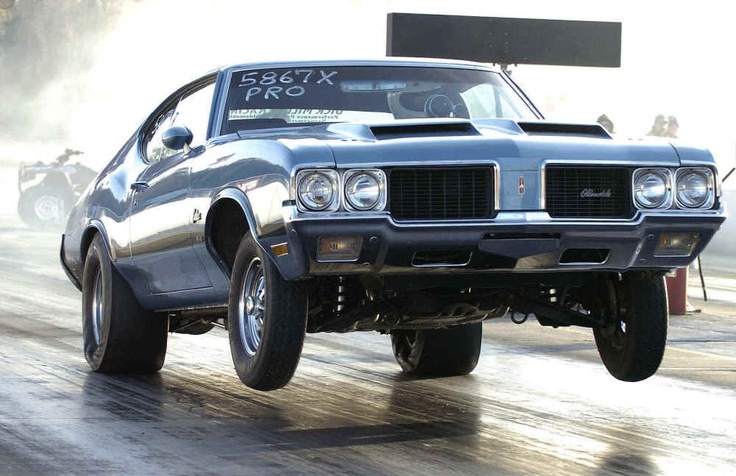 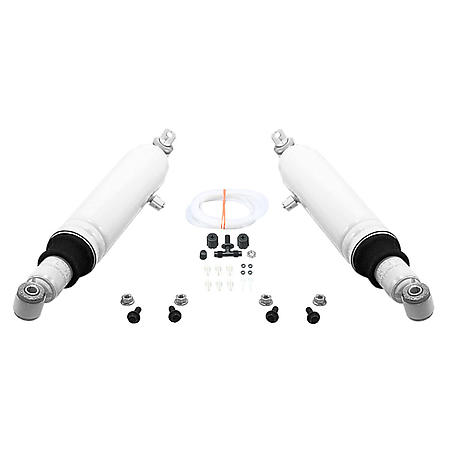 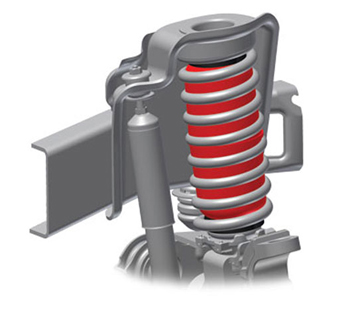 have you ever searched the local salvage yards for "JEWELS in the rough" that could be a good basis for a project car?
one of my friends saw a 1969 road runner on a flat bed truck that needed a good deal of loving restoration, but he got the flat bed truck driver to stop and worked a deal with the trucks driver ,that got the car he paid $200 minutes earlier for,that he was going to crush after stripping some parts, delivered to his home with an on the spot purchase complete with title for $500 cash, both people were happy with that transaction

Staff member
let me point out a few things

(2) proper tires and suspension mods like modifying air pressure in the tires air shocks, traction bars etc.can be very useful but simply learning how to drive the car and how and when and at what rate you can apply power helps a great deal, that takes practice and experience.