the 357 mag with an 8" barrel has consistently proven to be both accurate and has more than adequate power/penetration to hunt hogs at under 100 yards with a hard cast 158-180 grain bullet, powders like h110, 2400, and 296, and even blue dot work well
check your handload manuals for detailed loads
these bullets are cheap to make and accurate 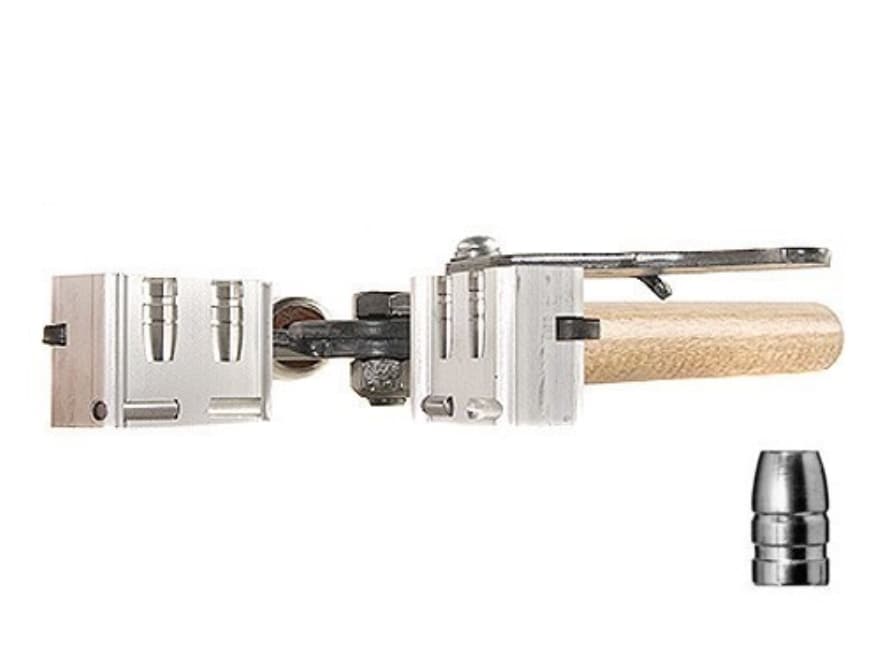 Lee Bullet Molds are a great choice for reloaders looking for a quality mold at an affordable price. Lee machines their mold blocks from aluminum making... 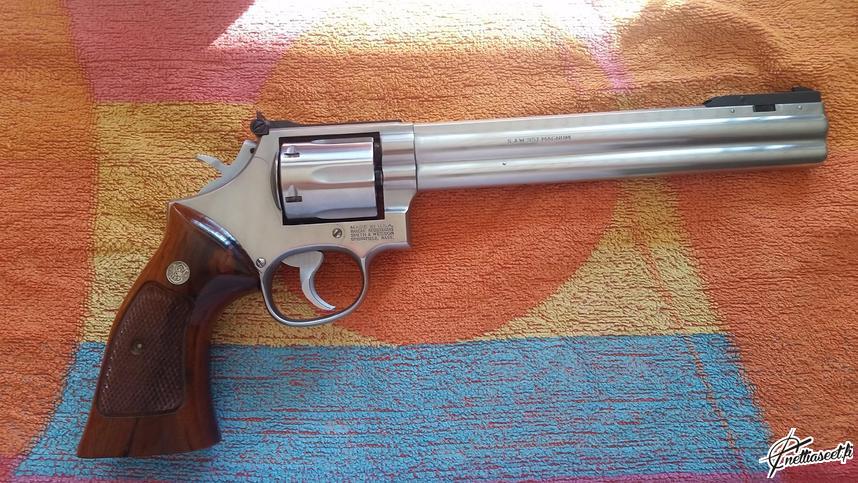 now Ive hunted hogs in florida for 5 decades plus,
using a handgun, I've used a 357 mag , 41 mag and 44 mag revolvers,
on many hunts, and a 45 acp and 10mm semi auto pistol,
on dozens of hunts
if your a decent shot they all work, but I vastly prefer the 41 and 44 mag revolvers,
the 158-170 grain hard cast gas check bullet from a 357 mag with an 8" barrel is about ideal,
and the 44, and 41 mags , using hard cast gas check bullets from similar revolvers ,
loaded with those heavy for bore diameter hard cast bullets ,
are very popular from what I see my friends have used, and continue to use.
a single hit in the correct location is lethal, but don,t expect instant incapacitation ,

if you prefer non-gas check bullet designs , in a 357 mag revolver, this is a well proven option
https://www.accuratemolds.com/bullet_detail.php?bullet=35-168T
if you want to use a 10mm pistol with gas check bullets
a 6" aftermarket barrel is vastly preferred in a glock mod 20 /10mm or something similar
https://www.accuratemolds.com/bullet_detail.php?bullet=40-200B

heres where you get 10mm gas checks, Id check 3-4 load manuals first,
pistols and barrels are different ,
and 8.5 grains of blue dot powder might be close to max in some pistols
Id start with about 8.5 grains of BLUE DOT powder ,
and work up in 2 tenths of a grain stages,
you can probably get near 9.4 grains max in a 10mm ,
with a 6" aftermarket
barrel I know several guys with 10mm revolvers ,
use hotter than 8.5 grain loads with a 10mm 200 grain bullet
https://www.sagesoutdoors.com/40-bss-caliber-caliber-gator-gas-checks/
Last edited: Nov 16, 2021

Staff member
this may interest some of you gentlemen, its several hunts with a glock, in several calibers
now I hunt a good deal with handguns and watching the results,
I have to compare those hunt with what Ive seen using my,
magnum revolvers, 44 mag, 445 DWSM, 357 MAG and a buddies 500 S&W,
and the results I see in the video, are much more similar to my 357 mag revolver with a 8.375" barrel
than what I see with the larger caliber revolvers
your giving up significant velocity if you select less than a 6"-7.5 " barrel
and it , (longer barrel length) aids effective use of iron/open sights thus ease of aiming
,(which are noticeably more rapidly effective.)
now keep in mind his glocks were 100% effective and are lethal, and theres zero question,
the handguns , and calibers selected would be effective in the self defensive roll,
but in my opinion they are a bit light in the power range to be ideal as hunting weapons,
but obviously if you can kill an elk or a deer with a single or two shots you can't argue they are not adequate.
but looking back on 50 plus years of hunting, experience, ID suggest
a 8"-to-10" barrel 44 mag or 445 DWSM, Revolver with a 300 grain bullet easily outclasses the glocks in lethality.
and a 480 ruger or 500 S&W revolvers , properly loaded,
is in a WHOLE QUANTUM LEAP HIGHER CLASS,
but again the glock's are not truely designed as hunting handguns,
they are being pressed into service as such,
and while they are demonstrably up to the challenge they are, at least in my opinion,
better used as personal, and concealable defensive tools (thats why I carry a glock 20, 10mm)

your choice in a hunting revolver should concentrate on...

Its always been my contention that your choice in a hunting revolver should concentrate on accuracy, with reasonable power , rather than just maximum power! if you can,t consistently and precisely place your shots, where you intended to power is almost irrelevant... and yes that will require...
garage.grumpysperformance.com

do you cast and hunt with bullets you made

how many guys use personally cast bullets from the custom bullet mold companys? back in the day, we could get LINOTYPE ingots fairly cheap, now that is not commonly available now I use cast bullets almost exclusively in my hunting revolvers and several 458 caliber rifles , because it both...
garage.grumpysperformance.com

I Was Impressed, With A Neighbors New 480 Ruger Handgun

one of the guys I hunt with recently picked up a 6.5" long barreled ruger single action. chambered in a very useful but less than popular new cartridge, I think may well be one of a few almost ideal power level, hunting cartridge's for revolvers. he only had a few cartridges to play with and...
garage.grumpysperformance.com

I was recently at a local bass pro shops just to browse, the new hand gun selections and be shocked at the prices, , while there, a guy comes up too the counter and says too the sales guy, that he wants to purchase a powerful handgun, to hunt hogs with. because on his first hog hunt he used a...
garage.grumpysperformance.com