Staff member
I got an EMAIL saying one of the guys tried to start his engine after a cam upgrade and installing new cylinder heads and he instantly bent a couple push rods, well thats hardly a rare experience for new engine modifiers, and experience is a good teacher,
EXAMPLE OF BUSTED PUSH RODS 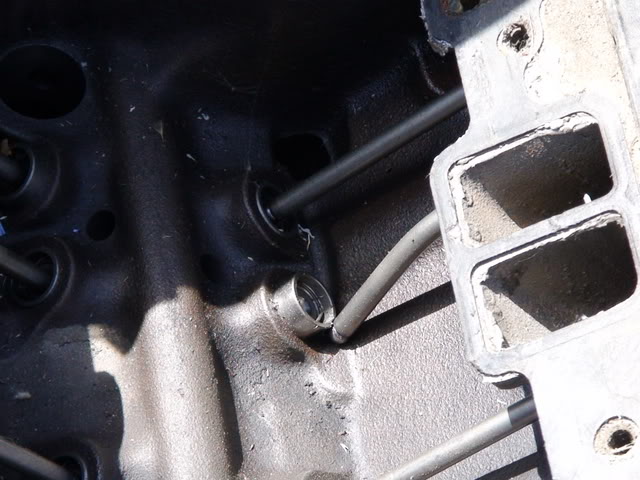 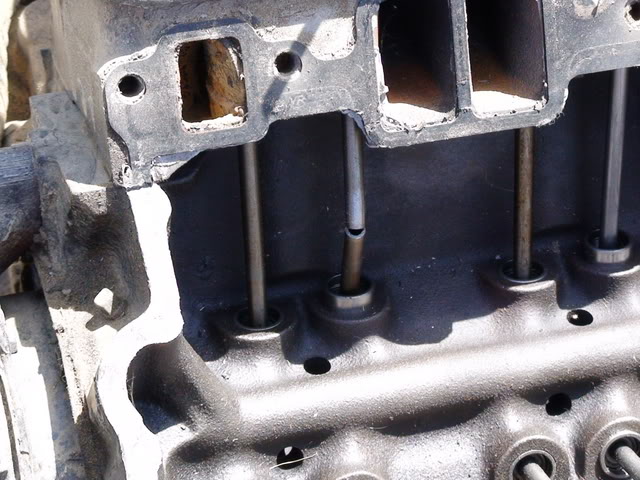 be very sure you check all the valve train clearances, having a rocker bind on a rocker stud can easily result in busted rockers or studs or bent pushrods 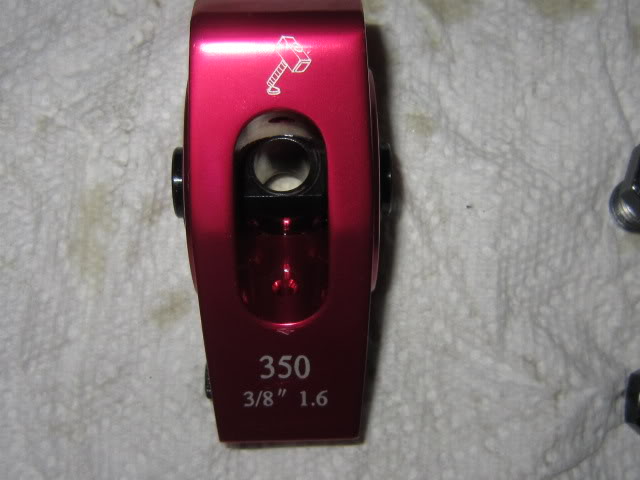 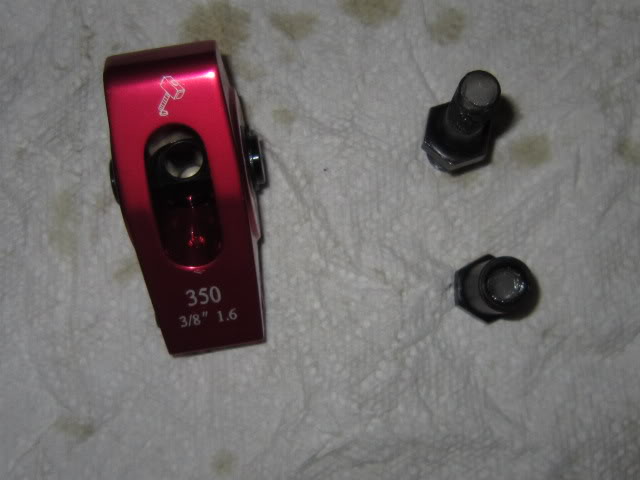 it should be obvious that the slot clearance in some rockers , especially with poly locks significantly limits rocker movement before clearances become an issue 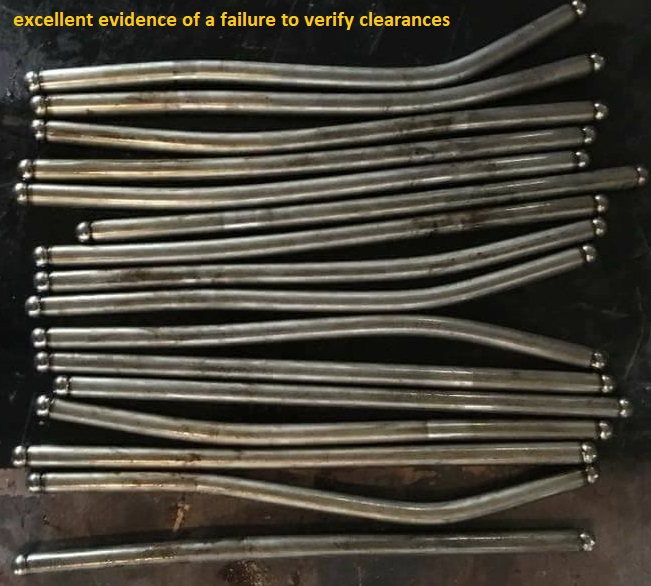 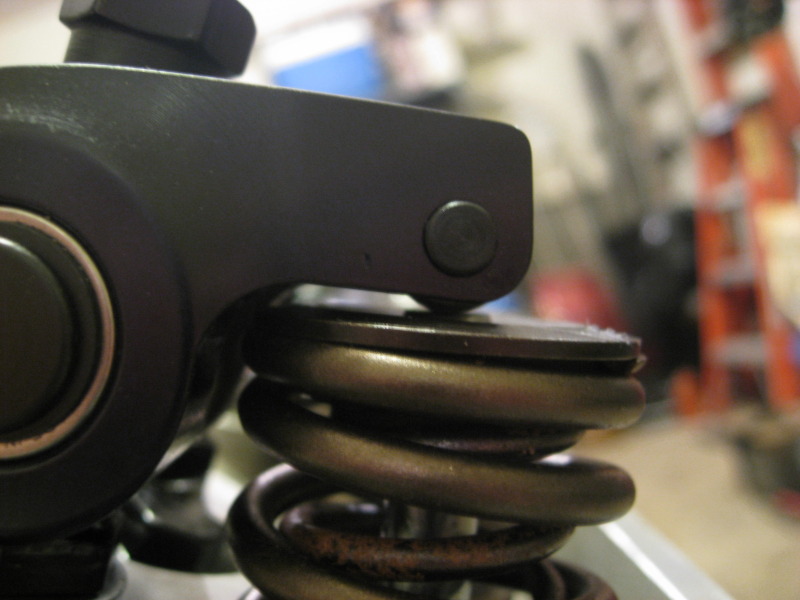 IT takes hundreds of pounds of force to snap push rods, somethings binding or hitting someplace whether you want to admit it or not, step back and find out whats wrong!
theres a dozen potential sources for clearance issues so check out the links and verify the valve train clearances and geometry
you could have adjusted the valves to tightly, installed the cam several degrees out of its intended index so its hitting the piston, or a few dozen other mistakes. 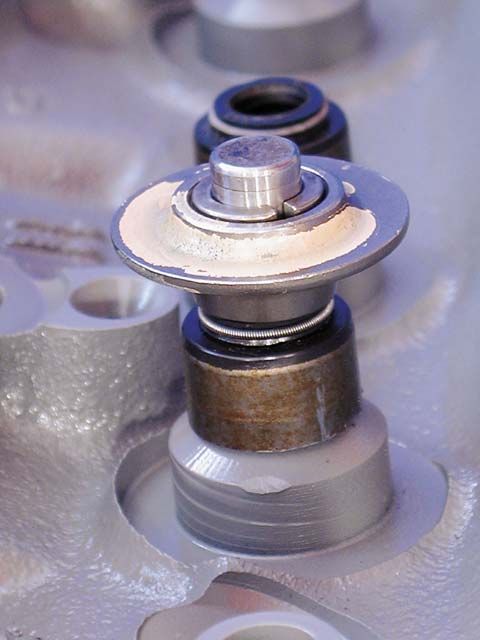 if you didn,t verify the cam timing with a degree wheel , you failed to adjust the valve preload, or lash,and you failed to check clearances, like rocker arm slot to rocker stud and push rod to guide plate or push rod to cylinder head during the whole 720 degree valve train cycle, and clearances like piston to valve and spring bind and retainer to valve guide your going to have issues in most cases, its best to assume you did EVERYTHING WRONG until you verify ALL the potential clearance and geometry issues
your in miss. so your not local, but it won,t take long to isolate the cause if you do it check the potential sources, just assume everything needs to be verified before proceeding

hey its part of the learning curve! theres no experienced hot rodder that has not screwed up several times, just learn, move on and youll be fine, its just one of the ways experience has of making you remember not to do things wrong, like the first time you touch a finger to a stove burner when your 3-4 years old, you learn that was less than the ideal route to go and from then on you do things differently

when you run into problems with busting push-rods step one is always the same!
STOP and figure out all the clearance and geometry and cam index issues BEFORE proceeding
READ THE LINKS PROVIDED and assume you did EVERY LAST THING WRONG until you VERIFY its CORRECT!
YES IM aware some of you would rather pluck your eyes out with a red hot fork than read links, but if you want to find the problem , and theres OBVIOUSLY A PROBLEM, its a simple check list, measure verify and then proceed ONLY after checking and not ASSUMING you did things correctly

Staff member
read thru the links , if you read thru, understand the issues and do the required checks and clearance work it will prevent a great deal of problems

YES IM only too well aware that a few guys would rather be boiled in hot oil that read links....or work from the experience of others, thats a bit like repeatedly sticking your fingers on a red hot stove burner too repeatedly verify you'll get burnt!
fact
valve train components RARELY just break for no reason

Fact
the most common REASON is INCORRECT CLEARANCE OR ROCKER GEOMETRY, or failure to adjust valves properly

FACT
reading links and sub-links helps you isolate the cause, of a failure,... carefully reading through will allow you to avoid having the problem

Fact
In most cases its operator error , or failure to correctly set-up and clearance the valve train that causes problems

Fact
20 minutes -to a couple hours well spent asking questions, and being damn sure you understand the answers, can save you weeks of repairs and machine shop bills

Fact
joining several local corvette or muscle car clubs and helping the older more experienced members work on their cars, and letting them help you on yours, speeds the learning curve

FlugGTI said:
Hi guys, I just registered here as this is the first SBC I have rebuilt. I have had it running for about 500 miles, and recently ran into some big issues with the valve train.

I pulled a valve cover last week to investigate a misfire/popping on the left bank of cylinders. I quickly saw that two pushrods (#5 cyl int/ex) were not engaging the rocker. I pulled the rocker, and the pushrods, and saw this. The tip isn't broken off like normal, it simply wore to a nub.

After I pulled the intake off and could get at the lifters, I saw that several lifter cups were scattered about the valley, along with various pieces of metal.

I am trying to figure out what the heck happened...this is my first ground up SBC build but certainly not my first engine build.

I would love to get some thoughts from you guys and see if you've ever seen anything like it. I will follow with the built parts/specs for more clues.

The block was machined and has new bearings throughout, stock rods, with forged Speedpro pistons.

I have a distributor with an adjustable rev limiter..have it set at 5500, so I don't *think* I zinged or floated the valves...
Click to expand...

willynilly said:
Those are OEM push rods and are not designed to run with guide plates.

the lifter blew apart because once the push rod was gone the oil pressure pushed it apart.

Go to a once piece push rods and on street builds a 1/2 to 3/4 of a turn down will work a 1/4 or turn or less will some times cause a clatter until the lifters that are bottomed out fill with oil.
Click to expand...

BUT! BUT! that would indicate a FAILURE to verify clearances and we all know that could NEVER HAPPEN 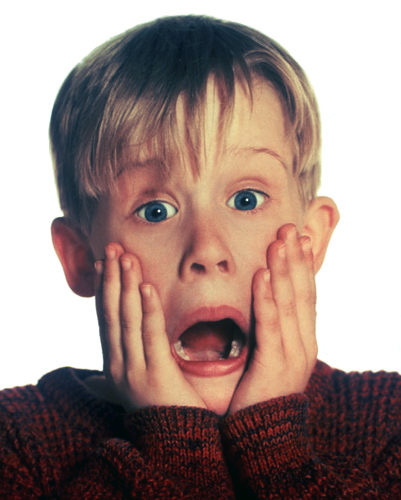 honestly upwards of 99% of the time I find these problems track back to guys ASSUMING that the clearances,
and valve train geometry are correct and a failure to verify clearances, over the full 720 degree rotation cycle
and/or
an a total LACK of understanding of exactly how a proper valve adjustments done,
yet in about 100% of the cases the guys responsible want to blame the parts for failing.
thats a bit like blaming FLYS for the GARBAGE at the dump.
we almost all learn by making mistakes, the key is that you learn too not repeat any failures and understand how and why the problem arose and what you need to do differently,
so the results you don,t care to repeat are not duplicated.
trust me here! your hardly in the minority , most of us screwed up our full share of builds learning the process.