Staff member
the caps designed to be a one way directional valve that will allow it to SUCK coolant from the overflow storage tank, once theres negative pressure in the radiator after it cools and the coolant and air trapped inside the radiator contracts, but its usually designed to not allow positive pressure less than about 15 psi to exit the radiator
When coolant fluid overheats, it expands, causing the fluid to become highly pressurized. When it enters the radiator, the pressure increases even more because it’s in an enclosed space. The radiator cap acts as a release valve set to open at the maximum pressure point. Usually this is set at a density of 15 pounds per square inch (psi). When the fluid pressure inside the radiator exceeds 15 psi, it forces the valve open, allowing heat to escape and excess coolant fluid to overflow into the tanks on either side of the radiator. Once the radiator cools down, the coolant fluid in the overflow tanks gets sucked back into the pump, continuing its route through the cooling system.

Look at the bottom of your radiator cap. There are two seals. 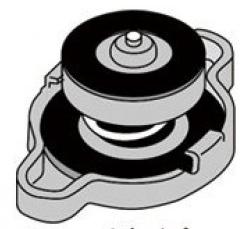 The bottom seal is broken as the pressure exceeds the spring force of the cap and the cap rises. Fluid then enters the overflow tank until enough pressure is relieved to allow the spring to force the bottom seal back into place.

Once the valve opens the fluid is drawn in through the tube that leads to the bottom of the reservoir and refills the system. The system is actually self burping in that it evacuates air on each temperature cycle. Air is pumped out when the system gets hot and fluid is then drawn in when it cools.

there are HIGH PRESSURE CAPS AVAILABLE 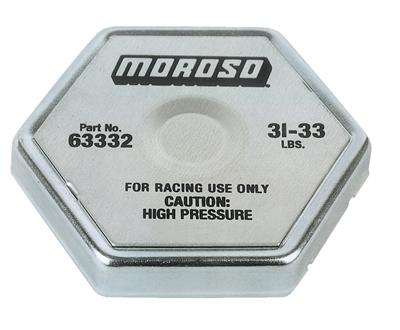 but keep in mind the weak link it the chain is usually the radiator seams or hoses so if you increase the pressure too high some component WILL FAIL, a 15 psi cap will generally allow about a 250 F temp before it pukes coolant to the over flow tank

radiator caps DO fail, new out of the box caps don,t always fit and seal correctly, the seals on those caps DO wear, I recently had a guy in the shop that was convinced he had a blown head gasket or cracked cylinder head, a bit of testing located a defective radiator cap that was the cause of the frequent over heating issue, that meant that $20 and 10 minutes work after locating the source of the problem, in his corvette, solved the problem, not a couple of hundred dollars and two days work that he fully expected to be required.

don,t panic if you see symptoms like your radiator puking coolant if you run the engine with the radiator cap removed, do some testing to locate the cause, engine cylinder head temps even in a properly running engine can develop steam pockets if the coolants not under pressure, PRODUCTS LIKE WATER WETTER TEND TO REDUCE THIS 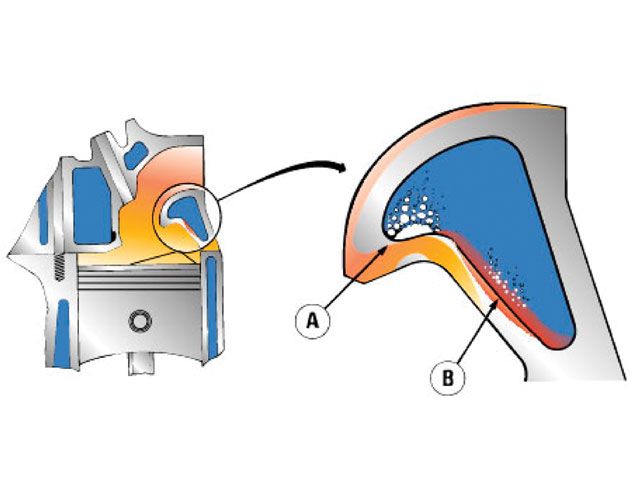 the radiator cap, provides that operational pressure when its properly sealed, and if it provides that increased pressure prevents that coolant from turning to steam, in a properly functioning cooling system which will operate above the boiling point of UN-pressurized coolant..

NAPA sells a chemical dye that you can add to your coolant that will change color if the cylinder pressure is leaking into the coolant, Id get and test with some before assuming the worst.
Id also suggest a leak down test be done