store.springfield-armory.com
heres an accessory that might prove critical, but its a bit expensive

https://en.wikipedia.org/wiki/AR-15_style_rifle
especially for the LAST 25 YEARS OR MORE ,
and surely at least since the late 1960s,
THE BASIC ar15 PLATFORM ,in a rifle has been AMERICAS favorite rifle.
the GOVERNMENT estimates at least 15-20 million rifles have been sold,
thats an absurdly low estimate as in some individual years the sales exceed a couple million rifles and millions of assembly kits, sold.
most people don,t count the millions of un-registerd rifles assembled from components
and ignore the fact that there are tens of thousands of machines being sold every year,
that are designed to manufacture components.(and CNC program's you can down load that allow many machines to make hundreds of duplicate components.
IN A DOZEN DIFFERENT CALIBERS AND HUNDREDS OF DIFFERENT BARREL AND STOCK AND FOREARM CONFIGURATIONS,
HAS WILDLY OUT-SOLD ANY OTHER BASIC RIFLE DESIGNS,
this is partly because its a bit like an adult erector set, as its design is modular and easy to modify, and customize, and its far easier to do than gunsmith work on the older mausers , Remington and Winchester designs, that actually required more custom tools to work on.

Staff member
once again truth , LOGIC and the constitution WINS
a current D.C. court decision,
that you CAN LEGALLY home build your own rifle,
without having to register it (the liberal nightmare "GHOST GUN")
if its one SIMILAR TOO<one you can legally buy and own,
purchased from a gun-shop
WITHOUT fear of government interference

(obviously the feds still, go nuts if you build a machinegun or other class three weapon)


so start building more custom hunting rifles and AR clones ETC,
yeah the liberal lefts politician's heads are exploding at the idea,
they can't confiscate it if you don't register it!
(but its been legal for well over 245 years , for AMERICAN CIVILIANS to do that)
Last edited: Nov 19, 2021

Staff member
THE founding fathers who wrote the constitution, were talking about arms in common use.
muskets and Kentucky rifles were the most lethal individually owned and operated common weapons' available at the time
directly comparable to and as lethal as what individual soldiers of the time used,
the founding fathers felt almost all able body males should own, maintain,
weapons suitable to use in a militia, and people were assumed to, and required too , in many areas, too own arms,
designed to use common stock piles of ammunition's, suitable for military use, available.
thus they could fill in as military as required if necessary, and they were assumed to be trained in the use of most common arms.
the common citizen who had the right to vote was expected to help maintain order in society, own property, pay taxes and be responsible for his actions.

The Second Amendment definitely is talking about weapons of war because it's clearly dealing with militias at minimum. When it's saying "well-regulated militia," at minimum it's talking about something like common citizens gathering every month with their muskets to practice drills in the town square. Sometimes they supplied the musket for you, other times you had to buy it and the price of the gun was considered a legitimate tax on the person. That phrase "well-regulated" meant not only regular meetings and discipline, but weapons meeting specific standards for military suitability. It was to make sure the community had functional military weapons. They were citizen soldiers.

Those muskets were weapons of war. They had to meet minimum standards to make them suitable for warfare or you got legal punishment. To ensure compliance, your musket, and the bayonet, balls, powder, flints and so on, was to be inspected and legal action taken if things were not in working order.

Having a musket suitable for military service was a civic duty and a public obligation, in addition to being a right of the citizens (see the English Bill of Rights). It's an odd thing but gun regulation, was not so unusual in the early days, but it was to make sure you had weapons capable of lethality. The regulation promoted gun possession.

The founding fathers clearly had no problems with an armed citizenry. They looked at things in terms of a musket in the home of every able-bodied male. Their vision was exactly what we say: honest, law-abiding people with guns safeguard and watch over public safety and deter evildoing.
Click to expand...

Any Co. That sells gun parts will be irreputably damaged if this goes into effect.

Better buy all parts and kits that you can now.

Staff member
"Any Co. That sells gun parts will be irreparably damaged if this goes into effect."

AND THAT OF COURSE IS THE WHOLE INTENT!
or intended goal of those proposing this !
Last edited: May 22, 2022

Grumpy said:
"Any Co. That sells gun parts will be irreparably damaged if this goes into effect."

AND THAT OF COURSE IS THE WHOLE INTENT!
or intended goal of those proposing this !
Click to expand...

The Gomnt has unlimited money to sue and most individuals and small Co.s can't afford to pay for the Lawyers at today's rates even if they took the case.

Shop KAK Industry parts for your next build. Whether you need a flash hider, flash can, or Shockwave arm brace, we’ve got you covered at Primary Arms.
www.primaryarms.com 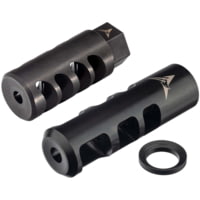 PSA has complete lowers for 150.00 thats cheaper than you can build them for

rlphvac said:
PSA has complete lowers for 150.00 thats cheaper than you can build them for
Click to expand...

Still the Govment knows you have it.

Safer to build your own. No one knows you have it.
R

The government knows of a lot of guns I have I don't even want to even attempt anything that might have a shade of not being 100% legal. I have too much to loose and I know that right now those 80% builds are legal as are so called ghost guns ( which I put in the same category as the dreaded Assault Rifle ) but I think to get a 100% unknown gun you better buy it off the street in a back alley or steal it. Big brother knows a whole lot more than we think and they do have a gun registry I don't care what anyone thinks and says about it being illegal. So is stealing elections

There are no serial numbers on Mass produced AR parts that I've found. Buy a gun, buy a spare barrel with a different twist or caliber. Buy a new firing pin.
Buy from different vendors in different States in different months. I pay cash for anything at gun shows and stores. My name is John Smith.My address is the dhhs building in a nearby town.
Yes they can track your bank account but can't prove you didn't buy to fix someone else's gun.
When the US goes to digital money and wallets, then you no longer will have the ability to buy what you WANT. The Govment will give you what they want you to have and you will like it. Free Enterprise will be a thing of the past. Freedom will be gone.

Protect your Freedom with your life. Can't lose more than that as everything else is just stuff.

Our Emigrant forfathers came here to the US with only what they could carry and didn't want to be told how to live by the Govment. That's why they came, to get away from tyranny.

If you don't have any ghost guns, then one day you may not have any guns Back to the Stone age with sticks and stones.
Last edited: Friday at 12:20 PM
R

rlphvac said:
I get what you're saying for sure but at the point of turning in my guns thats when my mind will change
Click to expand...