My Cam Research for the Experts Eye

it helps a great deal to know what your working with ,ID suggest starting, by verifying TDC and having the correct timing tape on your damper then,start with 8 degrees btdc and verifying the full advance of 36 degrees total is all in at 3200rpm as a base line, once youve got that, as a standard...
garage.grumpysperformance.com 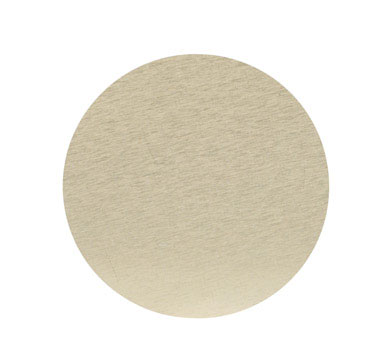 Dang this reminded me I have some thin ss equipment tags I could use, but the SS sheet I got was about 6 bucks, so not a huge expense.

I'll get into carb/HEI/timing after engine is in - I had created timing advance graphs to find optimum on previous engine version. I'll do the same on this one.
I also set up the adj advance plate per Dave Ray, and it worked great for many years. I'll repeat that set up with a new can.
I had tuned both the 750 and the 850 Holley vac adv carbs for this engine - it ran good on both, but a bit crisper with the 750. I'll go thru both to freshen them up and will probably go one step richer on the jetting. I have a feeling the engine may like the 850 this time but I'll try both.
T

I first made a couple of exhaust crossover block-off plates out of the .018 SS I bought.
I added a small bend at the top to (1) ensure a sort of mechanical fastener to prevent the plates from sliding down, and (2) add a visual verification that they remained in place after torquing.

Plate sitting in place, lines are to ensure it's centered. The little tab sits over the top edge of the port.

I used red hi-temp rtv at each of the exhaust ports, gray rtv everywhere else, including a bead at the end rails. Bolts got a dab of Permatex #2.

Here you can see the tab of the crossover block-off plate in place after torquing the intake.

And the intake in place.

Maybe a lot of detail on the block-offs but I wanted to be sure they stayed in place and had even gasketing around the edges.

Oil fill and pressure check, it all went great.

Rick, thanks for the oil filter info, first start will use the 51061 filter without drainback. That's ok because it will get oil system primed before startup and I have 51060 filters with drainback for further changes. The 51061 will only be used at first 20 min run.

I used a 40 psi gauge I had in the drawer, it would be fine for indicating if there was oil pressure build or not. I prefilled filter and as soon as it fully filled, I got immediate oil pressure that pegged the gauge.

I didn't run the drill at full speed to allow air to work out of any passages but had no problem getting oil up to each rocker. Naturally the rear rockers got oil first , followed by others towards the front. Both sides oiled almost simultaneously. I've primed engines before and this one "felt" really good on how quickly and thoroughly oil was supplied.

I rotated the engine several times during the process to be sure everything shifted around for oiling. Everything went fine, I'm very happy.

Tentative schedule is within the next couple of weeks to get the engine back into the car. Still lots to do then for the first start.

Edit - one aspect of this engine install is that I won't be driving car for a while after the engine is run. My concern was about the rings seating or at least getting a good jump at seating. I think the roller stuff and bearings will be fine regardless. I contacted Perfect Circle/Mahle to ask what break in oil they recommended for the Plasma Moly rings I installed, related to my delayed driving situation. They recommended a non-synth oil. I asked about Valvoline VR1 10w30 and they said that should work fine. I'll use VR1 again after first start and at first drive. After some drive time I can check leak down and if its ok I'll go then to the QSFS.
This engine/oil pan combo takes 7 qts, including almost a 1 qt filter. I'll drain the pan of the QSFS oil and verify it's about 6 qts. No big deal as I use it in our other vehicles. I go back and forth on whether to just leave the filter alone with QSFS or swap it out for one I fill with VR1. Personally I didn't think the small amount of full synth will affect ring seating, but I don't want to goof it up at this point.
Last edited: Aug 8, 2022

TXChevy said:
Rick, thanks for the oil filter info
Click to expand...

You're welcome! But that was a ways back now!
T

I decided to paint the original aluminum valve covers, didn't feel like spending days polishing them. Plus I like the result. Used the same engine enamel as timing cover/oil pan but added 2 coats of clear.

I had 2 sets of vc gaskets, one was Felpro about 1/8 thick rubber, the other was Mahle cork/rubber almost 5/16 thick. I used the thicker set. The thinner black line below the thicker gaskets is the rubber gasket.

Lift brackets in place, it's ready to go into the car this weekend

Edit...not this weekend. Major highway closure very close to us, second weekend in a row. Massive tie-ups. I've got a friend coming to help and I don't want to put him thru that. So we wait, in the meantime there's always things to do.
Last edited: Aug 18, 2022
T

3 hp (advertised) mini starter. It came with a test data sheet but not sure if they are all the same printout lol. DB Electrical 117 vs same from Summit about 200. Online reviews are pretty good. Unfortunately all these are China made but I think the armature is Hitachi. Always a crap shoot but that's what the budget could take.
A second look at the data sheet seems to support it's just a standard print-out, batch and serial numbers don't match to the starter. I also don't like the mount bolts, they aren't knurled and look like hardware store bolts, completely ungraded.

Disappointing but not entirely a surprise. After measuring starter bolt hole diameter, bolt length, depth in block etc I decided to get GM 12338064 bolts, they are 10mm to fit snugly into the starter mount holes, knurled to fit into block with 3/8-16 threads. They are slightly long at .25" but I can make that up with a steel washer/spacer under the head. The main thing was to ensure that neither the starter nor the bolts wiggle around when cranking.

Edit - I contacted DB Electrical describing the bolt issue and they're sending me 2 correct bolts. I'll also have the 2 GM bolts I ordered, they're not much $$, so I'll keep them too.

Edit2 - I went ahead and picked up the starter bolts, wanted them in hand to compare.
You can see the garbage bolt provided with the starter vs the proper graded and knurled GM bolt. Big difference.

Well the day finally arrived, engine is installed back into the car. Next is engine bay electrical for first start but we're taking a meandering rv trip in Sept, so next steps probably Oct. I'm glad to get this milestone done though.