Grumpy said:
then Id suggest the addition of a second aux cooler, in series with the current cooler might be an option.
Click to expand...

Staff member
I wonder if the exhaust pipe running next to the cooler, under the car,
is producing enough heat to reduce that coolers efficiency?
or perhaps the Derale thermostat is not functioning at the correct temps

not trying to bust your chops, RICK
you do excellent, and darn impressive work,
In fact I wish I could do as nice looking work at times ,
and would like your skill and help at times,
but I feel something not right simply because ,
your having issues I don't think you should be having
I have the corvette with a single cooler after the trans fluid leaves the radiator is running at closer to 160f most of the time
yeah I am not towing but temps around here tend to be in the mid 80s F to over 100F at times
Last edited: Nov 10, 2021

Grumpy said:
I wonder if the exhaust pipe running next to the cooler, under the car,
is producing enough heat to reduce that coolers efficiency?
Click to expand...

I really think that with the fans and shroud between the hot exhaust plus at speed there is going to
be alot of air flow and not much heat transfer. When the fans ARE on, they are pulling air thru the
cooler, so air is coming from the frame side of the cooler. But I have still ordered the insulation you
pointed out, it can only help, plus I found another place where it's going to be needed.

I jacked up the Navigator again to verify that I have the return line going back to the trans. The return
line obviously has to be the line that comes out of the radiator and goes to the OEM cooler, so I
followed this line thru my setup in the front until it went below the engine. I then marked it with some
blue masking tape so I could see it on the other side of the cross-member.

From there I could follow the line and see that it went back to my remote filter, then into the
2nd Derale cooler.

I'm sure glad to put that possibility to a rest, I would have been really disappointed if I had
everything plumbed in the wrong line.

The other place where I might have a heat related problem would be shown below where both
lines run very close to the catalytic converter. The line with the tie wrap was closer until I moved
it before I took the photo below.

Can I wrap the converter, or can it get too hot ?
I wouldn't need to wrap the whole converter just the first 4-5 inches.

Staff member
placing an inch or two of insulation, (lets say a 2" x 6" piece, tie wrapped over the transfer lines to reflect heat ) from one side of the catalytic converter to reduce heat transfer, to the trans fluid lines certainly would not hurt anything.
the more I think about this the idea that a certain percentage of the fluid is bypassing the coolers and going through the thermostat valve , 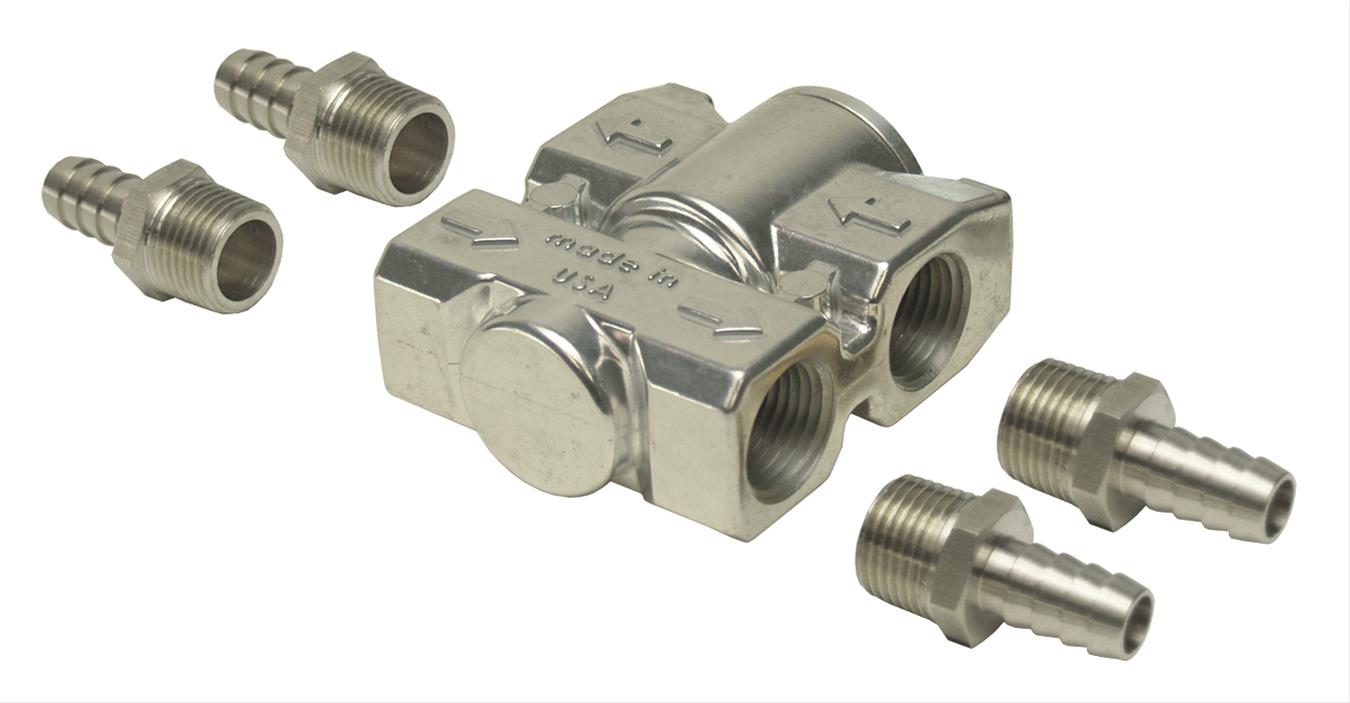 short cut makes sense, if that valve is not functioning correctly a certain percentage (20%-80% ) might be bypassing the coolers, if thats the case ,no mater how effective the aux coolers are the trans fluid returning to the trans would almost never be cooler than the engine coolant temps. and might be marginally higher as the vast majority of the fluid volume never circulated through the coolers at all.
now Im not using that type of thermostat to control fluid temps,
my thermostat control on the trans cooler, simply turns on the FANS on the aux cooler once the temps reach 160F, 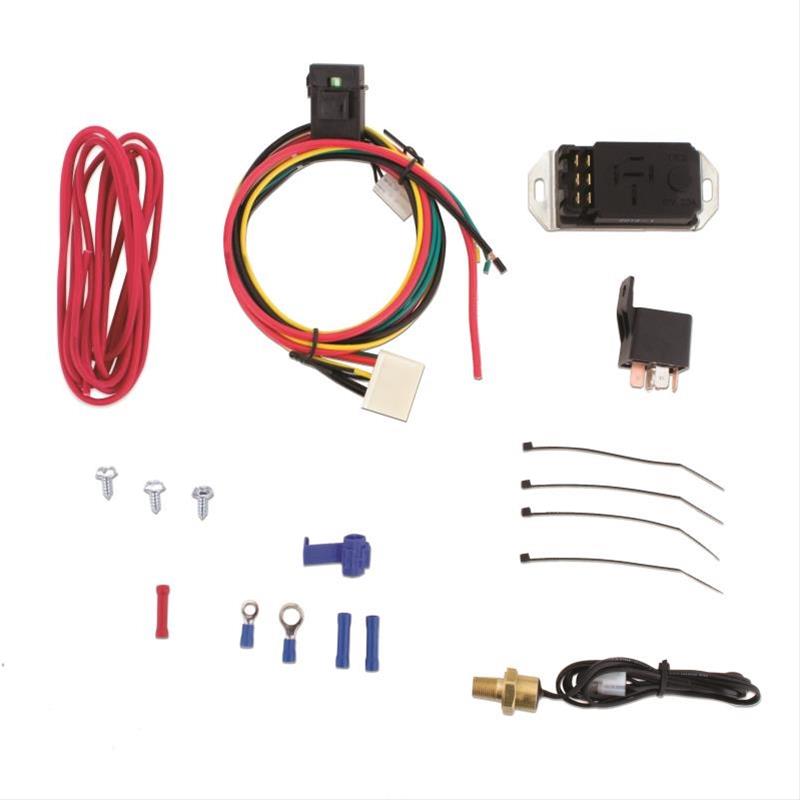 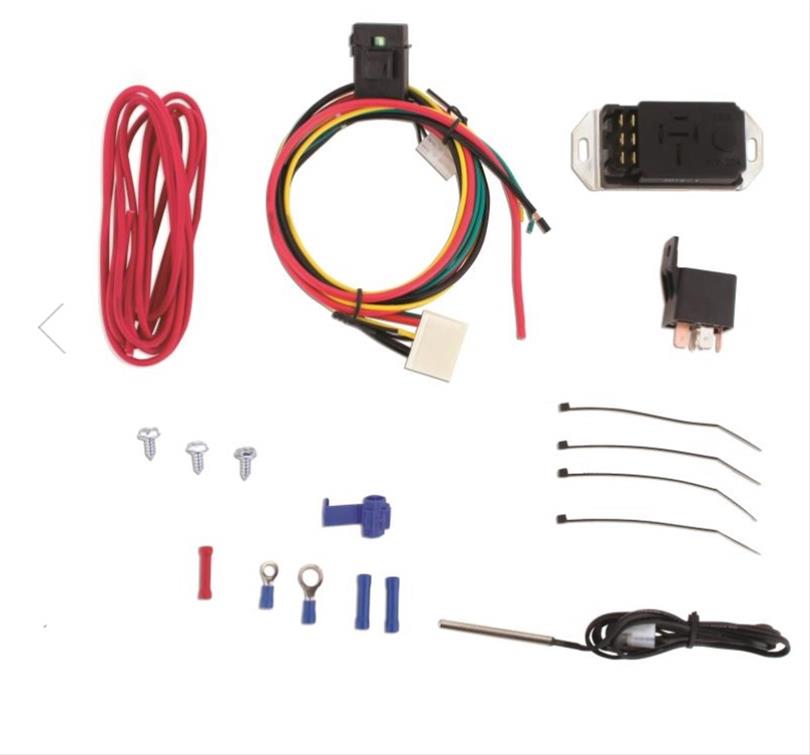 on the set-up on my corvette, all the trans fluid always circulates through the aux cooler regardless of trans fluid temp.(but the fans only kick on once the fluid hits about 160F so the trans fluid gets up to temp rather rapidly, but can't get a great deal hotter as a result 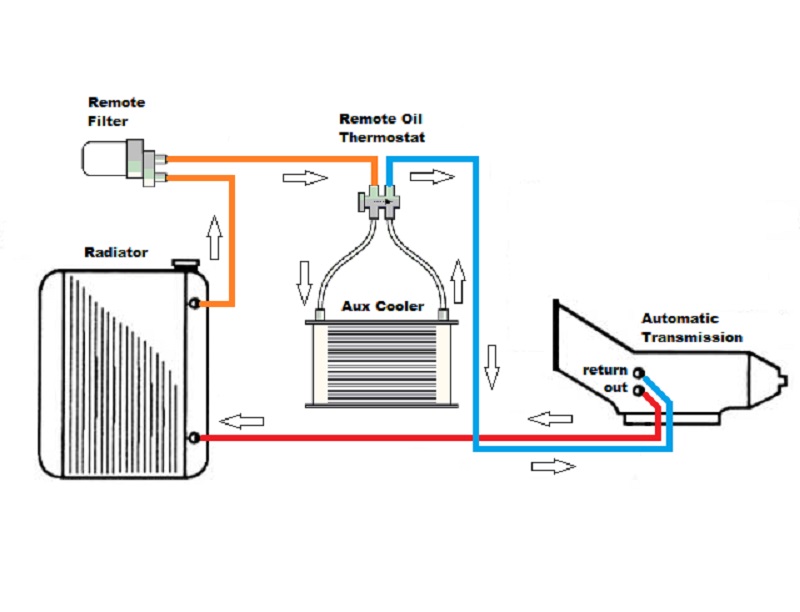 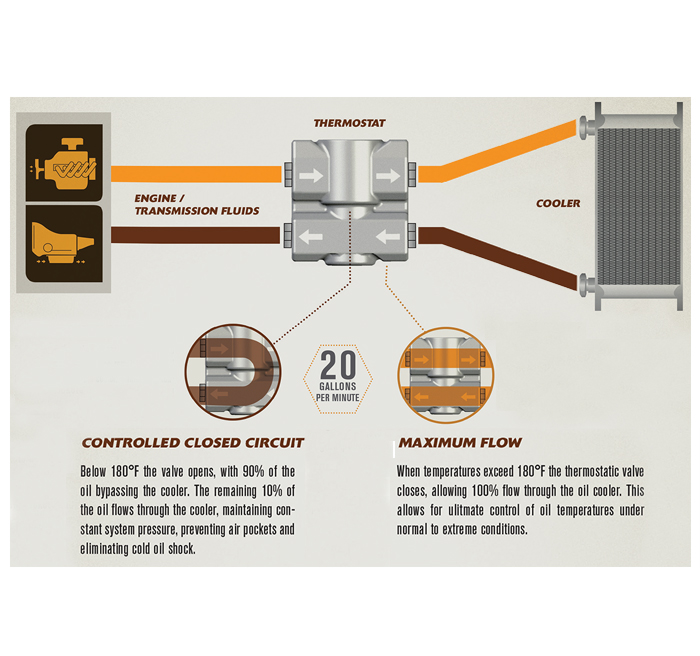 Indycars said:
The return
line obviously has to be the line that comes out of the radiator and goes to the OEM cooler
Click to expand...

I would verfiy that this is true, the OEM people might use the radiator as a "thermostat"?

Grumpy said:
if that valve is not functioning correctly a certain percentage (20%-80% ) might be bypassing the coolers, if thats the case ,no mater how effective the aux coolers are the trans fluid returning to the trans would almost never be cooler than the engine coolant temps. and might be marginally higher as the vast majority of the fluid volume never circulated through the coolers at all.
Click to expand...

Now that's a good idea, that would certainly explain why I have not seen much of a drop in temps.

That should be pretty easy to prove if I can get the fluid above 180°F, which might be a problem this time of year. Highs during the day right now are running in the 50°-60° range. But with the IR gun and fluid temps above 180°F I should be able to see if the fluid is circulating thru the front Derale cooler.

All fluid goes thru the rear Derale cooler, it's only the fans that are controlled by a thermostat.

Thunderbolt said:
I would verfiy that this is true, the OEM people might use the radiator as a "thermostat"?
Click to expand...

You will have to explain, at this point I'm not sure what you are saying.
T

Ah, sorry, i mean if the OEM cooler is before the radiator. I have seen that recomended i cold climates, maybe the factory does it that way?

Staff member
I finally got the opportunity to test. Since I just returned from an event and had the TBucket in the trailer, I pulled the grill so I could easily use my IR gun to measure temps into and out of several places. I did this at several fluid temps in the pan as they came up in the pan starting at 150°F and ending at 190°F, ambient temps were 88/89°F.

The IR Gun I used.......
www.amazon.com/Extech-42545-Temperature-Infrared-Thermometer/dp/B000BEZYVK 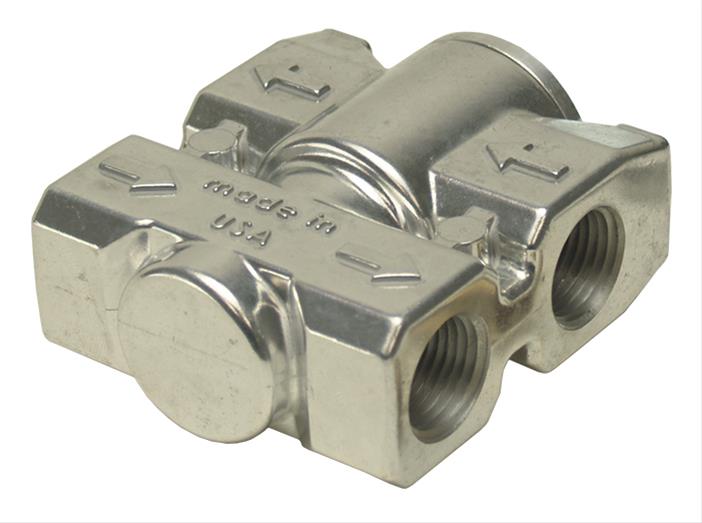 Bottom line, the last temps measured that are returning to the trans are "D_out" at 92°F, but the pan fluid temps are 190/185°F. The reason for the two temps are because when I left the Navigator cab to measure the temps the pan temp was 190°F and when I returned it was 185°F. The time elapsed was no more than 2 minutes. I used the exit off I-40 and come to a stop, then jumped out with IR gun, paper and pencil to record the data.

I'm wondering where the fluid goes after it returns to the trans that would allow it to pickup enough heat to go from 92°F to 190°F in the pan. Or it would have to absorb the heat thru the tubing on it's return to the trans. It does come within 2 inches of the catalytic converter, but it doesn't run parallel. I have some insulation that I can install, it's what Grumpy suggested above.

In the photo below you will see the labels where I took measurements. The numbers just below the labels are the last measurements I took and are shown on row 7 in the Excel table (last row).

Could there be a thermostat inside the transmission?
I think i have read that Dodge use it in some transmissions, so it could be possible others also have it?

Staff member
I suppose it could be true. There is not much info about this trans called a 6HP26.

Staff member
What I want to know is why D_out is NOT within a couple of degrees of T_out if the fluid is going straight thru the thermostat ??? How did it go from 92° to 132° ?