Staff member
if your used to using a 7mm rem mag pushing 3000fps, and having a second shot by simply working a bolt action. the swap to the muzzle loader a bit of a change!
one of my buddies just got his first muzzle loader, a 50 cal, he bought used
he had zero idea on how to load it or shoot it and clean it, so I spent several hours showing him, he was amazed and disappointed to find that the rifle shot 6" groups at 100 yards with the suggested loads ,I suggested dropping back 10 grains on the powder charge from the 90 grains ,the book suggested as max, to 80 grains, which resulted in 3" groups but he has this idea that the reduction in powder charge will make the rifle nearly useless.
he was not thrilled with the need to lube the projectiles or clean the bore either,
it was not until I had him shoot a paper plate target tacked to a 4"x 4" post and seeing the chunk of lead punch cleanly thru it that he started to understand high velocity was not necessarily required in a muzzle loader to prove deadly on game.
I showed him my 62 caliber with a 42" barrel,that throws a 600 grain mini at about 1200fps, with 110 grains of 2f powder,you can almost see the mini in flight if conditions and lighting are right but its still deadly.

I have watched dozens of guys I hunt with upgrade to the more modern black powder rifles,
just a tip for the guys just getting into black powder rifle use,
CALIBER MATERS, bullet mass matters, rifle twist rates matter,
your dealing with a traditional muzzle loading hunting rifle,
a rifle thats in most cases best/ used at under 200 yards. and with
the larger and heavier the projectile the more effective. it generally will be,
a properly placed shot seems to be in my experience the key to success!
the newer guys all try sabot, and all the new tech.and while it can provide impressive accuracy,
sub caliber sabots don,t have the impact of a big chunk of soft lead,
Ive yet to have a shot over 170 yards and even at that range a 62 caliber round ball is lethal on an elks lung/heart area.
Ive looked on, and almost giggle at times at the lengths guys go to,with the 45 and 50 caliber rifles,
yes Im fully aware Im old fashion and out of step, with the in crowd
, but a hawken style 62 caliber shooting a round patched ball over 100 gains of 2f powder
THE PATCHED BALL MUST BE CENTERED IN THE LUBED PATCH AND RIFLES BORE WHEN LOADING FOR CONSISTENT ACCURACY!
has consistently resulted in game that dropped after only a very short run,
the round balls generally resemble a thick 50 cent coin under the far side hide on elk,\
and frequently pass through deer. its not high tech, I load 100 grains of 2f followed by a firmly tamped cosmetic cotton ball, 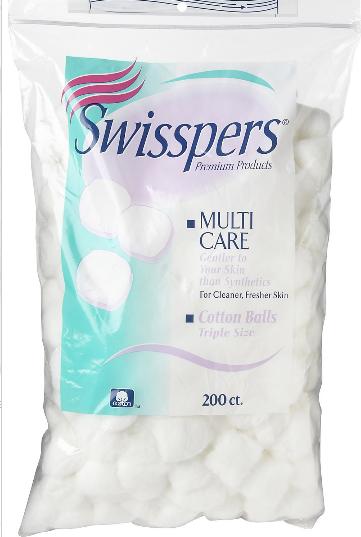 follow the cotton ball with a bore size glob of this flax soap lube, then ram your patched ball down the bore,use this method and the bore stays clean no mater the number of shots fired, accuracy is consistent, 2" 3 shot hundred yard groups are very frequent off a good bench rest,
probably due to the fact my hawken has a 42" barrel and a peep site.
OK, the use of the cotton ball and grease between the patched ball , and the powder charge compressed under it, will both increase velocity and noticeably reduce bore fouling as it both acts as a sabot and bore swab, with the rifles bore vertical, you pour the consistent volume of measured powder charge down the bore first, than thump the side of the barrel with your palm to hopefully causing the vast majority of the loose black powder to fall into the breach area of the rifles barrel.

the soap paste is similar to peanut butter or axle grease as it comes out of the can, wet a patch with water and rub a bit into both surfaces to get a well greased patch that makes loading a patched ball fairly easy
Ive generally found a charge of 80-90 grains of 2f to provide good accuracy with a 50 cal, patched ball.
you then place a decent size clean dry cotton ball in the bore and force it down bore about 1" a finger tip of the soap paste is placed into the bore on top,of the cotton ball, you want about a volume that will fill the bore to about a depth equal to its cross sectional area.

you then place a well greased patch that's centered over the bore ,and place the round lead ball in its center.
you then seat the ball into the rifling,forcing the ball diameter to seat and squeeze the surrounding patch into the rifling where in forms a cup like gasket around the base and sides of the projectile/,by placing the shourt started concave surface (A) on the projectile and giving it a firm shove with the short starter, now that its fully engaged , you flip the short starter and ram it the short length down the bore, 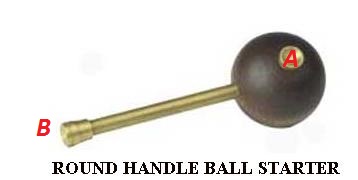 this compacts the patched ball into the grease but forced the cotton ball below to act as both a bore swab and pressure gasket that prevents moisture from reaching the powder charge.

the soap paste is similar to peanut butter or axle grease as it comes out of the can, wet a patch with water and rub a bit into both surfaces to get a well greased patch that makes loading a patched ball fairly easy
http://www.colpalcommercial.com/brands.aspx?id=1730

THE PATCHED BALL MUST BE CENTERED IN THE LUBED PATCH AND RIFLES BORE WHEN LOADING FOR CONSISTENT ACCURACY! 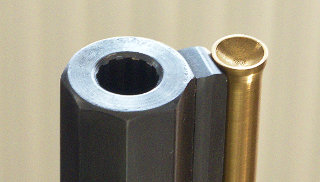 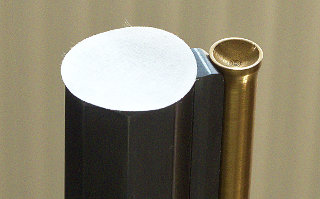 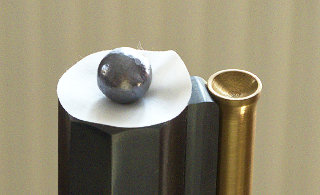 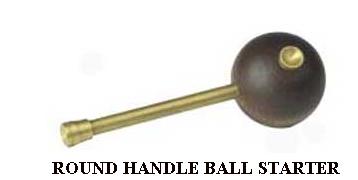 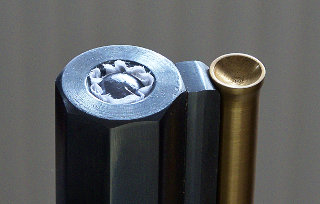 I think its in the 1400 fps range , in that 42" barrel with,
the load like I listed using the cotton ball, grease patch system,
the balls weight about 322 grains
I know the rifle shoots reasonably well with up to 120 grain charge but top accuracy is at 100 grains
https://www.trackofthewolf.com/Categ...2/1/LEE-600-DC
Last edited by a moderator: May 22, 2022
R

Staff member
get a small 1/32" drill bit to use to clean out the touch hole on any muzzle loader flint or percussion cap.
I soldered a Canadian Penney, to the base of my 1/32" flash hole cleaning drill bit, to fabricate a tool, with a small handle you can use to easily spin the bit
and drilled a 1/2" hole through it for a lanyard on my powder horn

I will give that a try

mass and velocity mater, and with a 58 caliber the use of a MINI BALL will in many cases,
significantly enhance lethality over a similar hit with a patched round ball.
in some rifles you can safely load two patched round balls and its common to have both strike within 4-6 inches apart up to 80 yards or so in my hawken 58 caliber if loaded over 90 grains of 2f powder
http://www.grumpysperformance.com/ji...wken-rifle.jpg