learning to get a good launch off the line

Staff member
Id start at 24 lbs of tire air pressure if your using stock street tires and bring it down 1 psi each time until you get a full tread width black mark on the pavement from both tires that's uniformly black, if the centers darker its usually indicating the pressure too high, the edges darker indicates the pressure too low, (keep records, heat effects pressure)(one of those IR temp guns at the track helps too) YES IM well aware it says 16-18 psi! that's not always exactly correct and a couple short launches will indicate whats best, On my 1968 corvette it was at 18 psi, on my 1985 it was at 16 psi, but on some heavy cars, with good suspensions it requires a bit more pressure,
BOTH your LAUNCH rpm and driving style effect results,the rate you apply the throttle as you launch effects results also, it takes PRACTICE to be consistent.
mashing it to the floor instantly is NOT always the best idea.
on my 1968 vette any more than 1900rpm launches turned the tires into smoke, anything less than 1700rpm produced slower 60 ft times, but that was with a 496 13.7:1 cpr BBC, and it required depressing the gas petal over about 1.5 seconds so as not to just destroy the tires vs launch the car

Can't you use chalk marks to show the tire contact? ~SS~ Mark

yes BUT its not NEARLY as precise simply because it only indicates CONTACT/abrasion and not the equality or extent that the tire tread interacts with the roads surface,... if the tires pressure is a bit high or low but the majority of its surface still contacts the surface the chalks rubbed clean even if the majority of the contact patch is barely rubbing and helping you get traction,if you get the rubber to abrade in equally dark amounts across the full tread width, your assured your getting full traction
keep in mind part of the idea here in this discussion,is to bring up factors for discussion, so guys reading thru this thread ,think thru the combo they build and how the drive train will effect the cars performance.

in most cases , at least in theory, you look at the dyno results and you see the effective part of the torque curve falls between A & B you calculate where in that rpm band you can shift too each new gear so that your rpms only drop too a point in the rpm band just a bit higher than point A thus your always maximizing the torque curve potential, but because each gear change results in a slightly different drop in rpms the shift points also must vary, to match, lets say you decide that 4600rpm is your target sweet spot,you know the gear ratios so you figure where in the rpm band to shift so you fall back into 4600rpm in the power band. in reality you seldom have the gear ratio changes spaced close enough to do that so your forced to shift at or near to but a bit lower than the engines red line, and thus its common for the rpm levels to fall back a bit lower than the ideal.
red line or the rpm where your likely to start breaking parts due to increase stress and loss over valve train control obviously depends on components used and the engines stroke , but piston speeds of 4200fpm are fairly high and stock parts don,t normally play well much past that, and 4500fpm in piston speed even with good race parts seldom leads to long term durability.
here are now 17" slicks available ....but a serious power level and a dana 36 combined won,t be a good combo with slicks 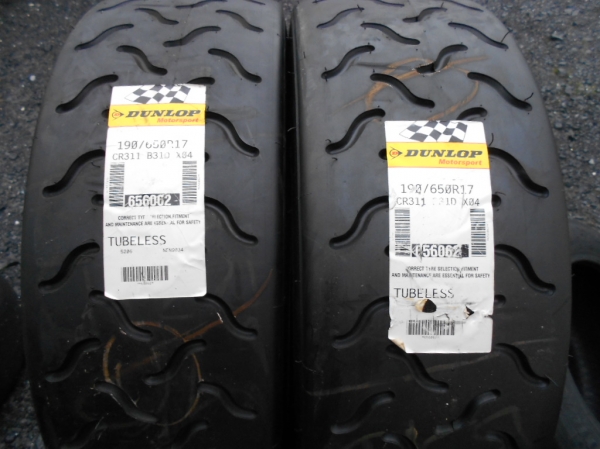 then there's the distance traveled in each gear between those shifts and the need to keep the engine below redline going thru the lights at the end of the 1/4 mile, so you actually finish a race with the engine still in running condition.........when I was much younger standard operational thought was just stick a 4 speed in the car,launch the car using slicks , at the lowest rpm that still kept the race tires boiling as you left the starting line, use solid lifter cams , set the ignition rev limiter as high as you thought you could get away with, shift when you saw the tachometer, get near the rev limit, and use as large a tire as would fit in the fenders, add some traction bars and a 4.11:1 rear gear and go racing..... that approach seemed to work for most muscle cars at the time and 45 years of more advanced technology progressed the art, it was found to have a few flaws, in that basic concept.


learning to DRIVE, will have a great deal to do with the drive train durability, Ive used a dana 36 on several 500 hp plus corvettes and had them last for a good deal longer than the typical 700r4, use the hp to play catch and pass not do hard launches, you've got to learn to apply the throttle gradually and power bye the opposition rather than try to jump them at the line if your going to maintain the stock dana 36 IRS with bigger tires and more hp
Last edited by a moderator: Apr 22, 2017
You must log in or register to reply here.
Share:
Facebook Twitter Reddit Pinterest Tumblr WhatsApp Email Share Link
Top